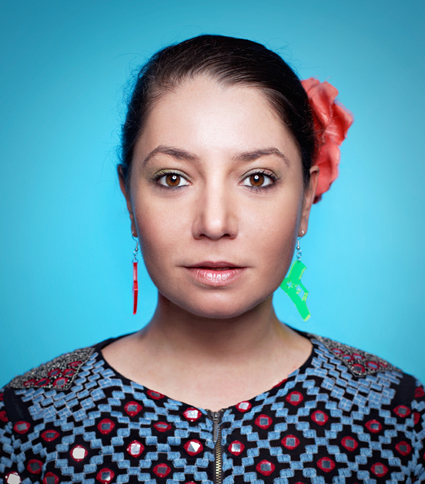 “I live and breath in the world of the artist.”
(Isabel Bernheimer)
Photo: (c) Kareen Kittelmann

Isabel Bernheimer surpasses the traditional role of a gallery owner. Instead she has developed a differentiated model, which measures up to both the global art market and the state-of –the-art forms of production used by the artists of the 21st century. “The White Cube has become an option amongst others. Today’s artists work with multiple media, in situ – as in site-specific-, temporary for changing settings and with a diversity of partners ranging from museums to collectors or corporations.

According to the specific project and its subject matter, they model different formats simultaneously – edition, ready made, multiple, collage, sculpture, installation, video, inter alia. I see myself as a moderator as well as a translator in the dialogue between our partners and their conceptions.”

Isabel Bernheimer comes with optimal skills and knowledge required for the job. It’s not just her expert eye for highest quality that has been trained from early childhood on, but also her fifteen years’ practical experience in the art business, whose facets and finesses she became acquainted with in the form of “learning by doing” from scratch. She quickly assumed responsibility over large projects. As an assistant of the registrar of the Haus der Kunst in Munich, she contributed to spectacular exhibitions such as Paul McCarthy’s “LaLa Land Parody Paradise” in 2005. Matters regarding transport, insurance, construction and de-construction, as well as logistics and communication between artists and technicians were in her hands.

From 2005 to 2007 she supervised all organisational and administrative procedures of Hauser & Wirth’s three London galleries, and subsequently of Esther Schipper’s gallery in Berlin until 2009. After that she took over the management of the loan office for the mega show “WeltWissen. 300 Jahre Wissenschaften in Berlin” at Martin-Gropius-Bau, comprised of 1600 objects from 210 different lenders, and the administration of Berlin’s KW Institute for Contemporary Art and of the Berlin Biennale in 2012.

Isabel Bernheimer’s highest passion, however, lies in the close cooperation with both emerging and established artists. “I live and breath in their world.” She worked on projects with Olaf Eliasson (“Little Sun”, Christmas display of Milan’s high-end department store La Rinascente, 2012), Foster Huntington (“1istmirwichtig.de”, Allianz Germany, 2013) and contributed to Heinz Mack’s installation “The Sky over Nine Columns” – which was on show parallel to the architecture Biennale in Venice in 2014 – these endeavours demonstrate her creative potential to turn visions into reality, regardless of the challenges.